Our beloved SOUMITRA CHATTERJEE (The World of Apu) fell victim to covid19 and passed away on November 15 in Calcutta.
I am cherishing the moments when I worked with this great thespian, both as his director and as his co-actor, in three films.
The world lost a great actor, but fortunately, he will continue to live on through his works.

Recutting 6 ROUNDS OF CHLOE to get it released early 2021. Stay tuned! 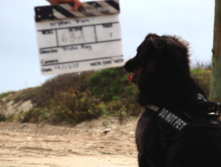 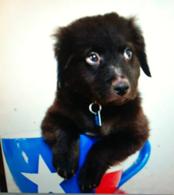 "Stand so rooted that you can only be lifted up by the strong, never pulled down by the weak!" - TjRb 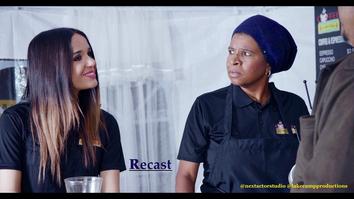 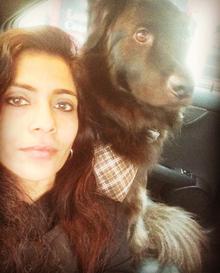 HOUSTON,  WE HAVE A PROBLEM

We are really grateful to get back on set, and be able to create again. Big shoutout to my cast and crew, and Texas Film Commission, who help independent productions like ours so much.

We are still casting leads and principal roles... so please have your agent reach out to us at casting@lakecampproductions.com 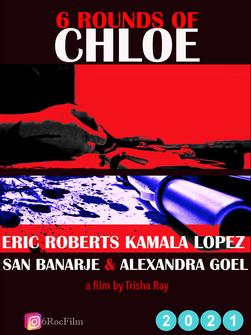 i had always passed director Joe Berlinger's EXTREMELY WICKED SHOCKING EVIL AND VILE, as yet another Ted Bundy movie - but recently watched it, and thought  it was very well-done --- especially the performance. Lily Collins sizzles the screen, (she made me binge on Emily in Paris.. okand Gabriel.)Zac Efron's so good that he made me feel bad for him - And then you have John Malkovich! Liked it a lot.

Parental guidance recommended, as some of these are not okay for kids - eg - Blue is the Warmest Color, Burning, Audition, Mother, El Marginal, The double life of Veronique, Y tu Mama etc ...

Hellos!
I am Trisha and this is my son Gablu (born July, 2013 on the streets of Houston).
Lot of people think that shelter dogs are inferior to purebred dogs. That's a myth.

My son was found as a stray when he was 6 weeks old, his nose was broken and chest was cut - that's nothing unusual for animals on the streets. I am grateful that someone was kind enough to rescue him and his siblings who were taken to a fantastic shelter from where we picked him up.

Gablu started going to sets w us where he learned to stay quiet and observe and in fact, he loves watching people act. He even knows all the film jargons!
At 2, he started acting in films and just had his first film A CURRY ON AN AMERICAN PLATE in which he plays Newton, a rescue pup who argues with anyone who he thinks is a threat to his dad (not far-fetched actually). His colleagues in the movie are actors Rick Fox and Charlie O'Connell. He did such a good job that you would think he is a professional actor. And here is Gablu's imdb page that makes me such a proud mom.

Goes to defy the myth about shelter pups, right?

The kind of myths that cause the unnecessary euthanasia of millions of animals around the world, because people would not adopt them and the shelters don't have space to hold them.
Funny that we humans decide the fate of another life so easily, because they have no voice.
However, you can change that.

Let everyone know that they must adopt and not breed or buy from petshops. It's important to fix our pets, so we can end pet overpopulation and breeding. That's the only way we can together end the supply by cutting the demand.
There are so many strays and shelter animals in Houston that it is incredible people still "buy" from breeders. Please don't do that. The shelters in Houston are all kill shelters, which means dogs and cats that end up there will be euthanized if not adopted or rescued within a stipulated time. Rescue groups are saturated. They cannot pull animals without having fosters. So, please don't go to breeders who use the pets to make money.
If you cannot adopt, maybe you can foster for the shelter or a local rescue group. If you can't foster, you can volunteer and if not volunteer, maybe you can donate towards the vetting of the pets who can then be adopted out.

Also, if you find a dog, don't take it to SPCA - especially pitbulls. SPCA kills pits upon arrival. Any lost/found pet must be scanned for chip - it's free at the vet, and post their pictures on your nextdoor.com and pawboost.com to reunite them with their owners. Make sure to microchip your pet and update your information so you can be notified if someone finds them. If you lose a pet, please notify your chip company so they can send out an alert to the vets and also stop anyone from changing the chip if they have been stolen and sold.
If you need help with networking any animal, feel free to send a message to any of the lost found groups with picture of the found/lost animal. The volunteers will be happy to help you circulate the message.

Houston has a large animal problem. Let's come together as a solution and make sure every pet has a family and a warm bed. 💗